18 May 2022
The government’s Building Safety Bill has become law. 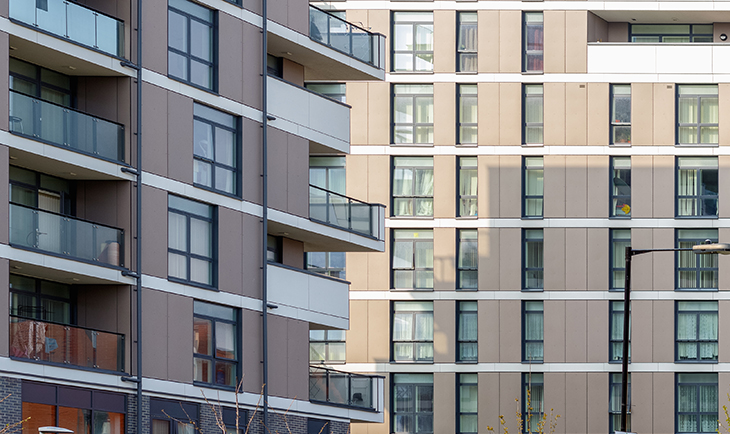 For non-cladding work, the new law will seek to make developers and cladding manufacturers pay. It will then move on to freeholders, where they have the means to do so.

This article outlines what the Act means for leaseholders, what has changed and next steps.

What is the Building Safety Act?

The 252-page Act, which started its passage through parliament last July, is aimed at improving building standards, ensuring the safety of residents, and protecting leaseholders from cladding remediation costs.

A range of measures will be put in place, including a new building safety regulator for buildings over 18 metres, and a New Homes Ombudsman to help with leaseholder complaints against developers.

The changes are coming about after a government-commissioned report made 53 recommendations in response to the Grenfell tragedy.

Who will pay for cladding works?

Landlords, including A2Dominion, can apply to the government’s Building Safety Fund (BSF) to pay for cladding remediation costs for buildings taller than 18 metres.

For 11 to 18-metre buildings, a new £4bn scheme is being created with money the government plans to raise from the housebuilding industry. This fund will be used for ‘orphan’ buildings, where there is no original developer or where the landlord can’t afford to pay.

What does this mean for buildings under 11 metres?

Housing minister Stuart Andrew said there was “no systematic fire risk” in buildings of this height and that, in most cases, options such as fire alarms would be a more appropriate fix.

A number of developers have signed the government’s Building Safety Repairs Pledge and committed to carrying out safety works in buildings over 11 metres. Housing associations, including A2Dominion, as not-for-profit organisations, are currently exempt from signing the pledge.

Developers making this commitment have also agreed to reimburse any funding received from government remediation programmes in relation to buildings they had a role in developing or refurbishing.

Each developer will be expected to sign a legally binding contract reflecting these pledges and inform leaseholders in affected buildings how they will be meeting their commitments.

If they do not agree to remediate their buildings, they cannot become members of a new Building Industry Scheme. This means that they won’t be able to get planning or building permissions.

However, some of the smaller developers, may not be eligible to sign as they do not meet the criteria. As a housing association, we still have a duty to pursue them or pay for the works ourselves.

For non-cladding works, such as insulation, fire breaks and compartmentalisation work, the new law will seek to make developers and cladding manufacturers pay. It will then move on to building owners, where they have the means to do so.

Building owners who did not build the blocks but can afford to pay for the works must pay non-cladding costs.

In the small number of cases, where the building owner cannot pay, leaseholders will be protected by a cap on non-cladding work. The caps are £15,000 in London and £10,000 outside the capital. Any costs paid out by leaseholders towards these fixes in the past five years will now count towards the cap, meaning some leaseholders will pay nothing more. 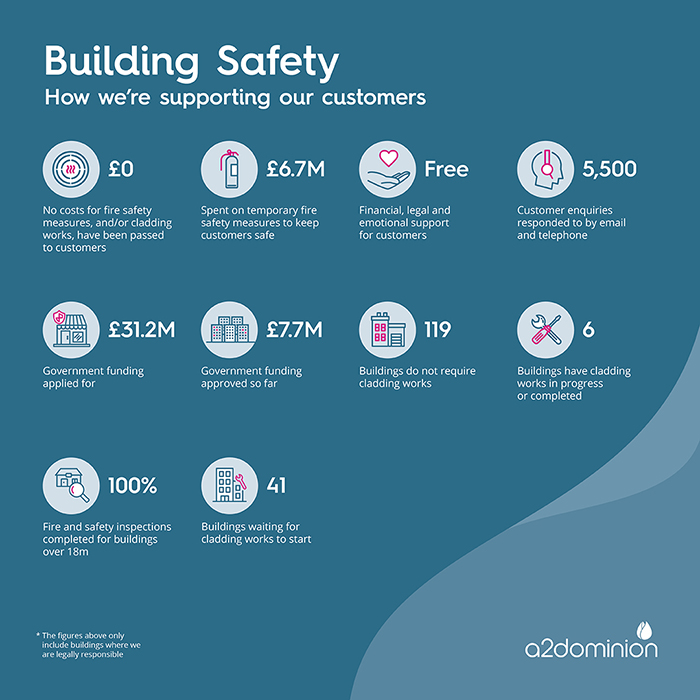 Many of the measures in the new Act will take between a year and 18 months to introduce and will be supported by detailed regulations and guidance which are yet to be published.

A2Dominion is working in partnership with the G15, a group of London’s largest housing associations, and the National Housing Federation, to seek more clarity on what this means for our customers. We will provide further updates as we learn more.