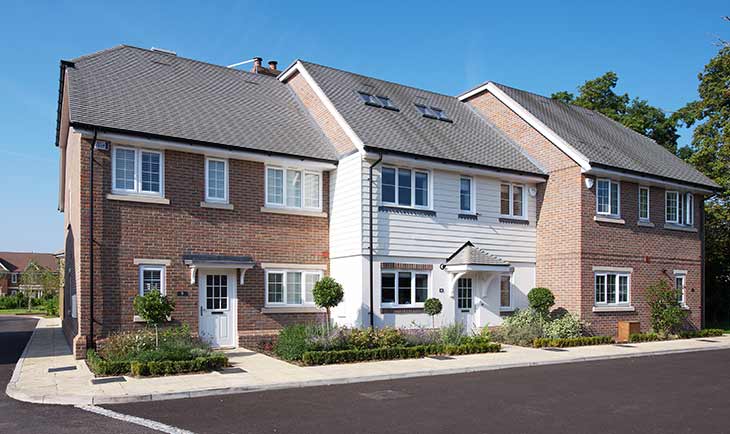 Nicholas King Homes and A2Dominion hope to mimic the success of Shenley Mews, King's successful development in Shenley
The partnership will see the two organisations contributing up to £20 million and working together on a number of new schemes in the South East delivering hundreds of new homes.

The first of these is Mill Lane in Chinnor, Oxfordshire, a development of 78 new houses and apartments, both private and affordable, for which planning permission has been granted.

The scheme will be marketed jointly by the Group’s FABRICA by A2Dominion brand and Nicholas King Homes.

Nick Hutchings, A2Dominion’s Managing Director (Commercial), said: “We’re excited to announce this partnership, which will give us access to new opportunities and help us to expand into different locations within the Home Counties.

“We believe there is a great synergy between our two organisations and we look forward to working with Nicholas King Homes a highly-respected and well-established housebuilder.”

A2Dominion currently has over 6,000 homes in its development pipeline and a successful track-record of delivering high-quality mixed-tenure schemes across London and southern England.

This will be the sixth joint venture for A2Dominion, having already partnered with a number of major housebuilders including Mount Anvil for Keybridge in Vauxhall and Crest Nicholson at Walton Court in Walton-on-Thames.
Our brands