17 October 2016
A2Dominion’s City Wharf, in the heart London’s Old Street District, has been named Best Apartment Building at The Sunday Times British Home Awards 2016. The win was announced at a ceremony on 14 October at the London Marriott hotel attended by hundreds of the property industry’s major figures. 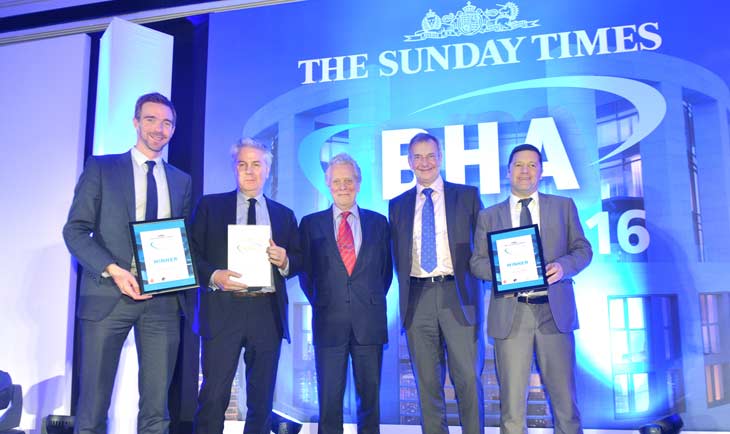 Hackney scheme revives its former industrial setting
Organised by The Sunday Times, the awards are held annually to celebrate and commend excellence in new homes across the country, with top homebuilders and developers competing for sought after accolades.

City Wharf has been designed by Stephen Marshall Architects in a warehouse style that articulates the area’s past as a thriving centre for timber production in the 1800s.

Located on Wharf Road, next to the Wenlock Basin, an extension of the Regent’s Canal, City Wharf benefits from the waterside setting whilst being close to the boutiques, theatres, pop up bars and café culture of Islington and Shoreditch.

“The development has been an enormous success, providing high quality housing for a variety of different tenures and rejuvenating a barren industrial area into a thriving community within the London Borough of Hackney”.