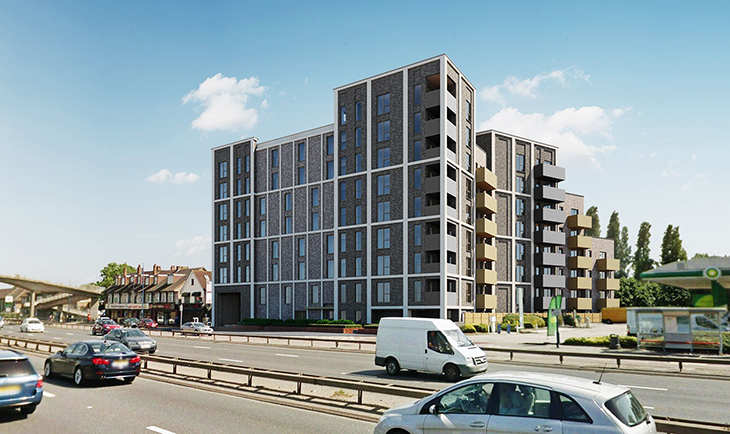 Western Avenue development
The awards, called The Bricks, recognise “the quality of workmanship and site management” on developments across England and Wales.

A2Dominion received the accolade alongside Bugler Developments Ltd, who are working on-site, having been named on A2Dominion’s framework of preferred building contractors earlier this year.

Western Avenue is a 100% affordable scheme that will deliver 58 new homes close to Perivale Underground Station in Ealing when construction is completed in July 2022.

Commenting on the award, A2Dominion Project Manager, Technical & Commercial, Sophia Briggs said: “It’s fantastic that this excellent development is being recognised for the high level of workmanship that’s going into making it such an asset for the borough of Ealing.

“Bringing high-quality, affordable homes to the parts of London that need them most is central to what we do. And Western Avenue is a great example of what can be achieved working alongside top quality construction partners like Bugler Developments.”
Our brands